Two sides to every story: Responding to conflicting opinions

Most people have a strong opinion on something — whether that’s on which president you should’ve voted for or if pineapple has a place on pizza (which, the correct answer is “yes,” by the way). I would consider myself to be one of those people. I’m passionate about my opinions and willing to debate with those who believe differently. I’ve spent many hours at dinner tables discussing touchy subjects, usually with my heart pounding and face flushed with frustration from relaying my argument.

I often find myself feeling exasperated by these exchanges. Instead of finding common ground and creating mutual respect among people with differing opinions, these conversations can create more division than before.

The past few years haven’t only divided the nation, but they have also disintegrated relationships between friends and family members. The 2020 election and opposition surrounding COVID-19 have caused tensions to skyrocket in the United States.

According to an article published by USA Today that references “Hidden Common Ground” research on partisan divisiveness, most Americans believe the country has more common ground than portrayed by politicians and media. However, the respondents believe that Americans will be unable to manage differences, and tensions will increase over time. The article also states that 93% of Americans want to reduce divisiveness in the country.

However, as much as Americans may desire unity, no progress can be made unless individuals work toward mutual respect and understanding. We cannot continue placing blame on politicians, the opposite political party or even the relatives from extended family that staunchly oppose our own beliefs. The responsibility lies within each individual to generate change.

As the opinion editor this year, my goal is to create positive discussions between people of different opinions. This starts with realizing that your opinion may not be the only viewpoint with rationality and value –– which can be a hard pill to swallow­­.

I’ve personally struggled with this concept for months. I don’t always want to accept that the arguments I’ve so carefully crafted could be refuted with a point from someone believing in the exact opposite. Throughout this process, I’ve learned that my goal is not to “win” the argument or coerce others into agreeing with me. I want to foster an environment in which people feel free to discuss their views without facing animosity.

I’m not saying that anyone should retract what they believe for the sake of protecting feelings. There will be situations in which no common ground can be found, and it will be best to walk away before discussions get heated. But as Christians, we should be more concerned with loving and respecting others than allowing our judgments to get the best of us. As stated in Proverbs 18:1-2, “An unfriendly person pursues selfish ends and against all sound judgment starts quarrels. Fools find no pleasure in understanding but delight in airing their own opinions.”

So how can we create healthy discussions?

First, we must start listening to understand, not to respond. During discussions, I often think of what I will say next rather than deciphering the words of my peers. But it takes a conscious effort to grasp the meaning and emotion behind others’ stances.

Then, when you do form a response, speak with decency and respect. Even if you vehemently oppose what someone has said, hostility won’t help either side gain a new perspective. Try being open to what others have to say, and you might be surprised that there are points you can each agree on.

Finally, realize that what you say may not change anyone’s mind, and be okay with that. At the least, both parties can learn from a new outlook and respect the differences.

There are two sides to every story. And even if you dislike what someone else has to say, each person has a right to use his or her voice and be heard. 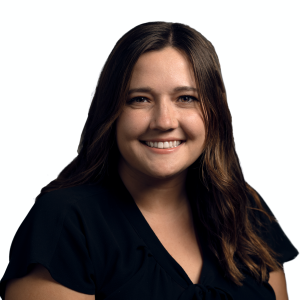 Madison Reinschmidt is a senior mass communication–writing/editing major. She previously worked for the Southern Accent as the opinion editor and has now taken over the position of news editor. She enjoys uncovering stories that will inspire and inform. In the future, she hopes for her career to use her writing skills and creativity to serve others.
All Posts
PrevPreviousConnection and Friend-Making in College
NextSpiritual battles: Waves that roll in and out to the seaNext