Editor’s Note: This piece is a variation of one that was originally published on a blog developed by Winter 2021 Interactive Journalism students,  titled “A Generational Divide: Understanding Perspectives in the Adventist Church. To see the project, go to: https://generational-divide.jour342.com/

I arrived in the United States at age 14. And, while I was absorbing the new culture, I developed an Americanized reflection of my native Hispanic culture. Yet, while I assimilated, I never felt that I fully belonged to the corresponding American generation for my age group — commonly known as the millennials.

According to Chuck Underwood, an American generational expert, my experience is not uncommon. During a presentation to Interactive Journalism students at Southern Adventist University last semester, Underwood said if immigrants spend more of their formative years in America, they tend to identify less with the generation they belong to in their native countries.

As we go through the building years of our youth, we ask ourselves questions like, “Who am I?” and “What do I believe?” Finding the answers to these questions will determine how we’ll grow into adulthood and our set of core values.

As an immigrant who has spent most of my life in the U.S., living in and surrounded by Hispanic culture, I have witnessed the loss of identity among immigrants, especially those who arrived at a young age. The stigma that the immigrant carries when trying to maintain his or her roots while engaging in American culture is a daunting and complicated endeavor. And the results aren’t always predictable.

Hispanics are more than a culture, since immigrants from each Latin country express their own linguistic and cultural variants.

This may take you by surprise, but Jesus was also an immigrant. If you think about it, the Word of God says that Jesus, being God, did not consider being God as something to cling to. He emptied himself, left heaven and came to earth, taking the form of man (Philippians 2:6-8). To a certain extent, He was a man in a place that was foreign to Him. His experience is similar to what many of us encounter as we immigrate to new places.

Jesus perfectly understands what it means for immigrants to leave their homelands, their families, their customs, their plans — everything behind. As Hispanics, we decided to come to this country for various reasons: some for economic or social relief, some for family needs and some because we fear for our lives. And, day by day, we lose our identity as we become part of this nation, but we are never able to fill the void. What a blessing it is to have a God who understands that and who identifies with us. And, thus, only He can fill that void that we have as immigrants.

The Bible tells us about experiences like ours, and we find those in many of the heroes of the faith. For example, Abraham left his land, his home and his relatives. At one point, he arrived at the Promised Land, and there he experienced hunger. He put aside what was familiar to him; he left his land to answer God’s call (Genesis 12).

The apostle Peter, in his letter to the elect exiles of the dispersion, explained how believers should live as exiles amid a world that rejects their message. They bear witness to the Gospel when they live in a way that pleases God.

“Dear friends, I urge you, as foreigners and exiles, to abstain from sinful desires, which wage war against your soul. Live such good lives among the pagans that, though they accuse you of doing wrong, they may see your good deeds and glorify God on the day he visits us.” 1 Peter 2:11-12 (NIV) 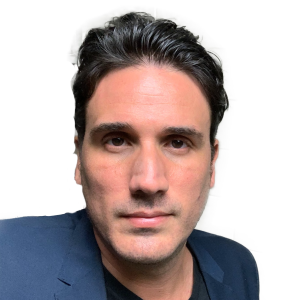