5 things you should know were invented by women

In honor of Women’s History Month, here’s a list of five items that were invented by women (and three examples of how women didn’t get fair compensation for their efforts).

The board game by which you can buy property, charge your friends for rent and eventually ruin those friendships traces its origins to Elizabeth “Lizzie” Magie in 1904. Called “The Landlord’s Game,” Magie’s creation was initially created to demonstrate the evils of unchecked capitalism.

According to an article by Mary Pilon, published in the New York Times, The Landlord’s Game enjoyed popularity for about 30 years until a man named Charles Darrow learned how to play. Darrow then tweaked the game and sold the idea to the Parker Brothers under the name “Monopoly.” Though the Parker Brothers eventually made a deal to purchase Magie’s patent for The Landlord’s Game, Magie reportedly made only $500 for her creation while Darrow received guaranteed royalties for Monopoly.

Before the modern-day freezer, there was the double-cylinder hand-crank ice cream machine.

Invented by Nancy Johnson in 1843, this machine reduced much of the production time required for ice cream. According to an article from Different Truths, Johnson gave her idea to a man named William Young in exchange for $200. Young went on to name it the “Johnson Patent Ice-Cream Freezer.”

Have you ever been in a car and clutched every possible handle because your driver is that dangerous? Mary Anderson, the inventor of the windshield wipers, would have probably related to that experience.

According to a ThoughtCo article by Mary Bellis, Anderson observed her driver constantly stick his head out the window or stop the vehicle to push snow off the windshield.

Taking matters into her own hands, Anderson drew up the design for the first windshield wipers and submitted her patent on June 18, 1903. According to the article, unfortunately, Anderson didn’t make any money off the windshield wipers, as corporations apparently didn’t see demand for the wipers until after her patent had expired.

Dr. Patricia Bath revolutionized cataract removal surgery in 1986 with the Laserphaco probe. Cataracts are the cloudy areas that form in the normally transparent lens and are the leading cause of vision loss. Doctors perform cataract surgery all over the world to prevent blindness (which is not to be confused with LASIK surgery, which corrects vision).

According to a Medical News Today article, Dr. Bath’s Laserphaco probe proved to be more precise than traditional methods and also lessened the surgery time for cataract removal.

With this invention, Dr. Bath also became the first black female doctor to receive a medical patent, according to the Medical News Today article.

Kevlar, a fiber known best for bullet-resistant vests, was created due to the work of DuPont chemist Stephanie Kwolek in 1966, according to a Lemson Center for the Study of Invention and Innovation article.

Intrigued by its unique properties, Kwolek spent several days convincing her colleagues to spin and test it. The researchers at DuPont were all surprised at how sturdy and lightweight the material was.

Many people in dangerous professions owe their lives to this bullet-resistant material, although you might also have benefited from Kevlar in the form of tennis rackets, cut-resistant gloves, tennis shoes and more.

Historically, women didn’t always receive credit or compensation for their contributions to the world. So during this Women’s History Month, let’s continue celebrating all the amazing ways women impact our lives. 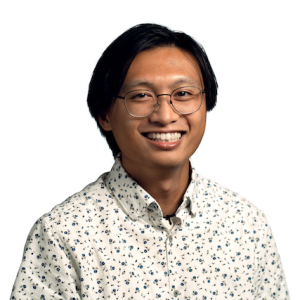 Aaron Mumu is a first-year copy editor for the Southern Accent. He is in his senior year and is majoring in English and professional writing. In his free time, Mumu enjoys hiking, playing the ukulele and eating ice cream.
All Posts
PrevPreviousTransgender student’s on-campus employment terminated
Next‘A smile of joy she wore’: Annie Rebekah SmithNext