What I learned in the ‘Land of the Rising Sun’

When I was 7 years old, my dad went into active duty as a Navy chaplain, and his first duty station was Marine Corps Air Station (MCAS) Iwakuni, Japan. Iwakuni lies on the coast of Hiroshima Bay, about an hour and 45 minutes from the city of Hiroshima. Compared to the rest of Japan, Iwakuni is considered rural, although it didn’t seem like it to us after living between cornfields in Durand, Wisconsin.

Japan became our home and the place where I grew up; my family and I loved living there. We were ministering to those on MCAS Iwakuni and to Japanese friends off-base. We learned a lot and made friendships that have stayed strong to this day. When the earthquake and tsunami struck in 2011, we were there, and my dad was instrumental in sending 59 tons of disaster relief supplies up to the Sendai region where it was distributed to those in need.

My mom homeschooled my sister and me, which gave us the opportunity to go on “field trips” to museums, shrines, landmarks and many other places. One of the attractions we visited was the Peace Memorial Park and Museum in Hiroshima. It was horrifying, especially to a 7 and 8-year-old. I felt sick the whole time I was there, and I couldn’t fall asleep for about five hours after I went to bed that night. I clearly remember an oboe playing in the background of one of those sickening exhibits, and it was years before I could listen to oboe music comfortably again.

Though that experience affected me deeply, I didn’t fully grasp the meaning of it, and maybe I don’t even now.

When I was in Japan, I rarely thought about the fact that the country I was from had been at war with the country I now lived in. I just accepted both as home. Now, thinking back, it seems different, especially since war is on everyone’s mind much more recently.

We moved to Cape Cod, Massachusetts, from Yokosuka, Japan, in 2013. After Massachusetts, then Rhode Island and Washington state, my parents moved  back to Japan, this time to Okinawa, a group of islands 400 miles southwest of the southern tip of Japan. Since my parents moved there in February of 2020, my sister and I have only visited twice. This past summer, we traveled to the mainland and saw some of the places and people that we love so much. This summer, we hope to do the same.

But after August 1, our parents are moving back to the U.S. A long, beautiful chapter in my life will be finished. What will it be like to say goodbye?

I’ll bid farewell to a country that welcomed me and my family. I’ll say goodbye to people who were never mean or disrespectful, hardly even impolite. Despite history itself, the people of Japan embraced us and gave us so many reasons to love them, even when the people from our country had done the opposite. The Peace Museum sickened me because it was real, and it cataloged an event that cannot be erased. Yet, the people of Japan extended such forgiveness that it seemed as if it had never happened.

I know that this is a faulty comparison because our world is still sinful and will continue to be until it’s remade, but it really reminds me of the forgiveness and love of God. It’s unconditional, even in the face of absolutely horrifying and crippling realities. He still loves us. He still wants us to come home to Him. He still can’t wait to teach us things, show us things and spend time with us. He continues to love us, no matter what we’ve done.

In the mournful book of Lamentations, Jeremiah writes a few verses that illuminate the darkness around them:

“The steadfast love of the Lord never ceases; his mercies never come to an end; they are new every morning; great is your faithfulness. ‘The Lord is my portion,’ says my soul, ‘therefore I will hope in him’” (Lamentations 3:22-24).

I’m going to cling to that love whenever and wherever I see it, whether that’s in my beloved Japan, or from the God of the universe. 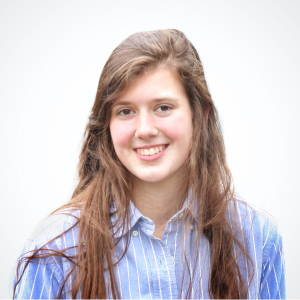 Victoria Mills is the religion editor for the Southern Accent. She is a junior mass communication–writing/editing major and is passionate about God and storytelling. In the future, she hopes to work in ministry and communications.
All Posts
PrevPreviousReconnecting with my Japanese roots through dramas
NextI don’t feel Asian enough for rendang curryNext